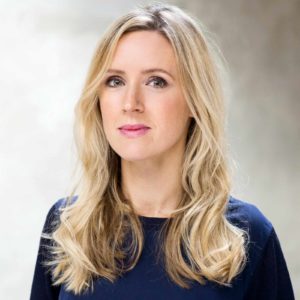 Author, speaker and journalist - A charismatic humorous speaker who takes the audience on an entertaining journey.

Helen Russell is a British journalist and speaker, based in Denmark, and the author behind the bestselling book "The year of living Danishly - uncovering the secrets of the World's Happiest Country", which was published in January 2015. She has a talent to fascinate people and create messages vividly. She is a charismatic humorous speaker who takes the audience on an entertaining journey.

Helen Russell was a journalist and archetypical Londoner, when she was suddenly given the opportunity of a new life in rural Jutland, Denmark, and she then discovered a startling statistic: the happiest place on earth isn’t Disneyland, but Denmark, a land often thought of by foreigners as consisting entirely of long dark winters, cured herring, Lego and pastries.

Helen Russell gave herself a year to uncover the formula for Danish happiness. From education, childcare, food and interior design to SAD, taxes, sexism and an unfortunate preference for burning witches, the resulting book The Year of Living Danishly is an international bestseller that shows where the Danes get it right, where they get it wrong, and how Non-Danes might just benefit from living a little more Danishly. She went on to write about the science of change in Leap Year, pen a love letter to female solidarity in Gone Viking, and investigate the global secrets of how to be happy in The Atlas of Happiness.

As a bestselling author and expert on happiness, life overhauls, work-life balance and cultural difference, Helen lectures internationally as a keynote speaker, takes part in panel discussions, broadcasts regularly, and is a favourite for after dinner speeches.

‘A lovely mix of English sensibility and Danish pragmatism. Helen Russell seems to have understood more about the Danish character than I have!’ (Sandi Toksvig, BBC host and comedian). ‘Russell is possessed of a razor-sharp wit and a winning self-deprecation,’ The Independent.

Virtual talk: What we can learn from the Danes’ handing of coronavirus

Synopsis: Helen makes the case for why Denmark stands as a beacon of hope, good sense and stability in these increasingly unpredictable times. With the UK’s coronavirus death toll now the highest in Europe and Denmark’s one of the lowest, Helen covers why Denmark has become a model for others to emulate. Mixing personal anecdotes with compelling examples and information, this is an exploration of the country regularly rated as one of the world’s happiest – and how it handles things when life isn’t so sunny, including:

As a British journalist who has been studying the cultural differences between Denmark and the rest of the world for the past seven years, she is uniquely placed to bring the subject to life in a warm and witty way. Tackling important questions for our post-Brexit, post-COVID-19 landscape with a portrait of the nation Helen has come to call home.

The expat experience (and how to survive it)

The cultural differences between Denmark and the UK

The science of change and taking leaps into the unknown

The secrets of happiness from around the world

Thanks a lot for a fantastic presentation! I am a 110% happy and satisfied customer and will be happy to recommend you to my colleagues for the introduction programme this Autumn, if they want to test a new speaker. 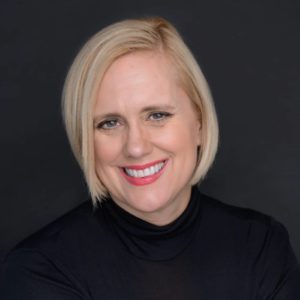 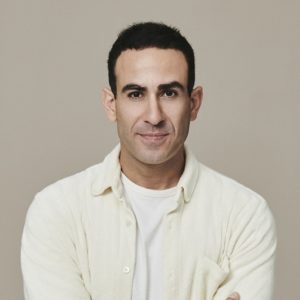